One word: Heartbreaking. These historic homes are on the verge of being but memories. Endangered, in peril, at risk …here’s hoping local preservation groups and concerned citizens can step in and save irreplaceable pieces of our Early American history.

The stone farmhouse, built in the late 1700s and coined “Hybla,” was a very important stop on the Underground Railroad when owned by prominent Pennsylvanians Jonathan and Susanna Mifflin. Later, while owned by J. Huber, a crucial Civil War battle played out on the site. So why would anyone not consider the home and the land that surrounds it hallowed ground? The most recent owners sold the home and its over 9-acre property to Kinsley Equities, which has been chomping at the bit to tear the home down. Locals believe warehouses will be built in its place. A report issued by the Pennsylvania State Historic Preservation Office states that the home is eligible for historic designation. Hopefully, the report will make demolition efforts more difficult, although the home’s future remains uncertain.

The limestone Colonial-Revival-style home, nestled in the Churchill Woods Forest Preserve, was built in 1936 by the Civilian Conservation Corps and served as home to DuPage County’s first forest preserve superintendent. The home has stood empty since 2002 and neglect has led to deterioration. In 2006, the DuPage County Forest Preserve District announced plans to raze the structure; local preservation groups have fought valiantly to save a piece of DuPage County — and American — history. For more information, visit the McKee Preservation Group Facebook page. 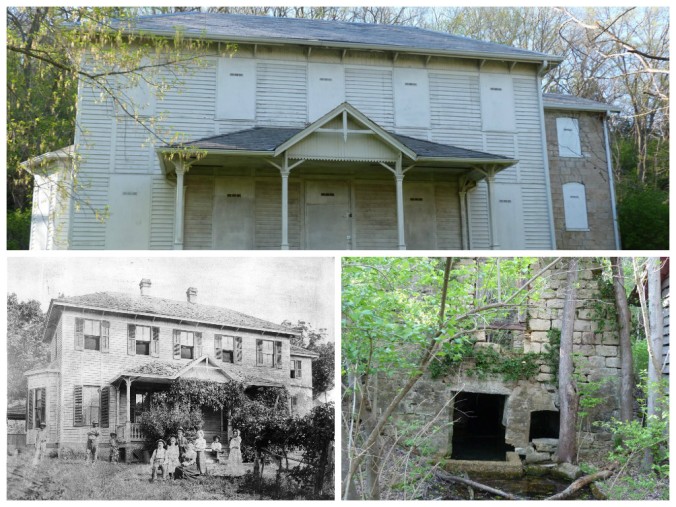 This home, built between 1850 and 1860, sits atop land that was once part of a Spanish land claim. A two-story wood-framed addition was added to the original three-story stone structure, creating one of the area’s first true “split-level” homes. Lore says that the home served as a stop on the Underground Railroad and that Civil War soldiers were held prisoner in the property’s stone caves. In 1980, the home was acquired by the state park system as part of a land purchase and has remained unattended since. If the park is not willing to part with the land, it might at least consider a resident curatorship program now established in several other states.

This circa-1820 stone home was built atop the former “dwelling plantation” of Colonel Thomas Dorsey, one of Howard County’s most prominent 18th century landowners. The State of Maryland purchased the property in December 1958 with plans to raze the home to make way for a highway. Demolition deemed unnecessary, the home sat vacant for years, until Howard County acquired the homstead in 1971 as part of a land purchase. Troy was listed on the National Register of Historic Places in 1979, but sadly continued to sit in a state of decline. In 1991, a fire destroyed the interior. The county now has plans to restore the structure as part of a larger park improvement; adaptive reuse is being considered. 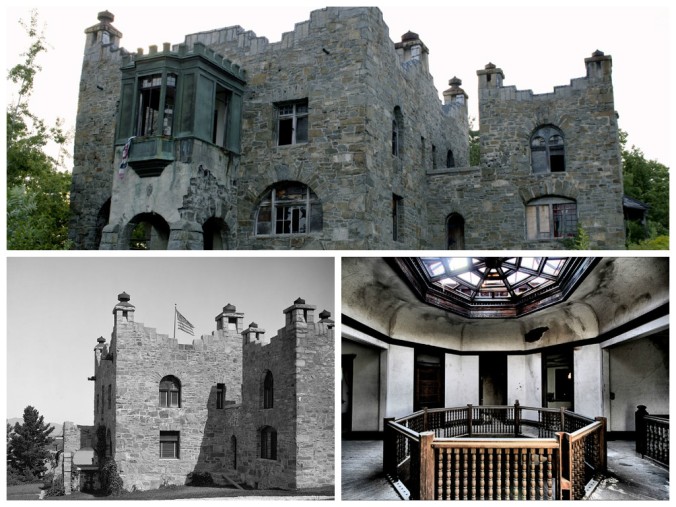 The former estate of railroad magnate Benjamin A. Kimball, the castle was built over the span of two years (1897-1899) and incorporates both English oak and local granite. It sits atop a 24-acre tract of land and boasts spectacular views of both the Lakes Region and the White Mountain. The estate fell into the hands of the Town of Guilford, which turned a 260-acre portion of the estate into a nature preserve. The town invited developers to submit ideas for the property’s development and a resort and restaurant plan was eventually approved by the town. Lack of funding put the project on hold.