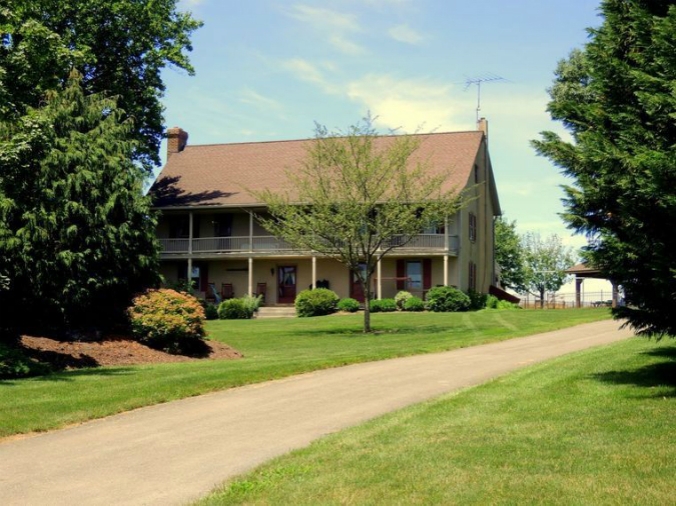 According ot owners Randy and Christine Andrews, who have been renovating the home for the past six to seven years, the home suffers from two bowed beams (one significantly cracked), deteriorating stone and mortar and the effects of poorly handled additions/alternations. The couple would like to demolish the home and build new, a plan recently approved by their local planning commission. The Andrews said existing details and materials would be salvaged for use in construction of the new home.

Local historians hope to come to a compromise with the couple: to save the oldest portions of the home (circa-1734 and 1760) and/or the most important architectural details, namely the original attic beams, entrance and cellar.

“Situated on the southern portion of the original 530 acres purchased from William Penn (1644-1718), this house is one of the oldest still standing of those built by the second generation of Lancaster County’s earliest settlers,” says the trust. “Even though changes have been made to this house over the years, it still reflects the Germanic architectural style of its roots.”

What would you do? Bear the financial burden and restore at all costs or raze and build a new home that reflects the past?